The Real Madrid defender was named the tournament’s best player on Saturday, ahead of his team-mate and Auckland City captain Ivan Vucelich

Sergio Ramos has been awarded the Golden Ball for the best player at the Club World Cup, beating team-mate Cristiano Ronaldo.

The Spain international scored his second goal of the tournament with a towering header on Saturday against San Lorenzo as Real Madrid recorded a 2-0 win in the final in Marrakech.

Ramos’s performances were good enough to see him named as the tournament’s best player after the match, with Ronaldo finishing in second place. Auckland City captain Ivan Vucelich was handed the Bronze Ball; after guiding his side to a stunning victory in the third-place play-off. 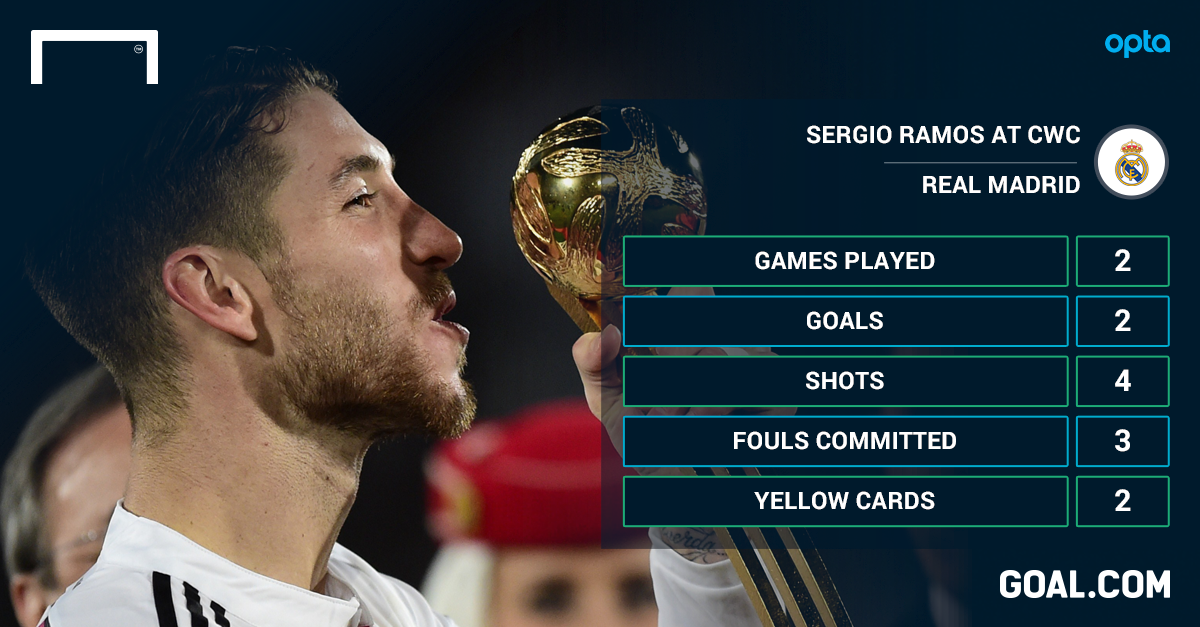 Ramos, who admitted afterwards that the muscular problem he picked up in the semi-final against Cruz Azul meant he should not really have played, was delighted to see his side round off 2014 with another trophy.

“It’s true, I risked my injury playing today, but I wanted to play this match,” said the 28-year-old afterwards.

“This Club World Cup was hard to win for Real Madrid and we are so happy right now.

“I’m so proud to have helped with those goals, but this is a success for the whole squad.”