The Red Devils have smashed their transfer record to lure the Argentine to Old Trafford, bringing their summer spend to in excess of £130 million as Louis van Gaal rebuilds

Manchester United have completed the signing of Real Madrid ace Angel Di Maria, who becomes the most expensive signing in Premier League history.

The Argentina international, who can play across the frontline and in midfield, moves to Old Trafford in a deal worth £59.7 million and is now the fifth costliest player ever.

The 26-year-old, who United hope can galvanise a squad that has picked up just a single point from their opening two league matches, has signed a five-year contract worth close to the £300,000-a-week earned by skipper Wayne Rooney.

Including wages, add-ons, bonuses and signing-on fees, the total cost of the deal could rise to as much as £150m.

Di Maria completed his medical on Tuesday having arrived at Carrington with his entourage late in the morning, while his agent had several hours of sit-down talks with executive vice-chairman Ed Woodward in the afternoon to thrash out the final details of the contract. 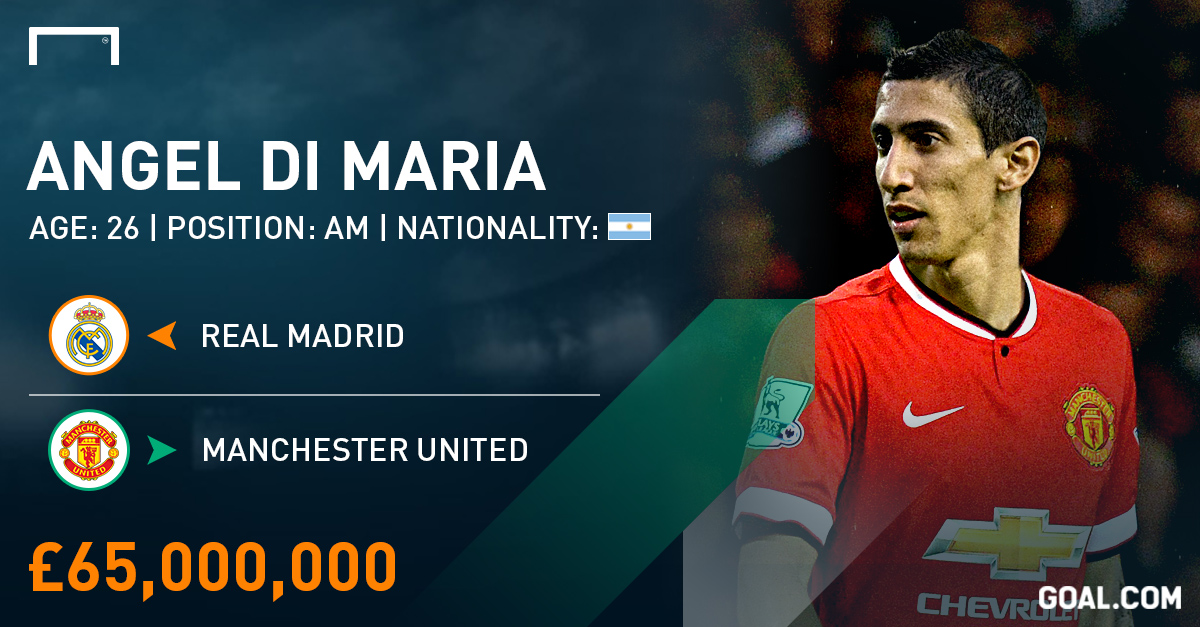 The 20-time English champions have been chasing Di Maria for several weeks and were given a free run at the Argentine when Paris Saint-Germain pulled out of the race for his signature.

He has been itching for a move away from the Santiago Bernabeu since the arrivals of James Rodriguez and Toni Kroos shunted him down the Madrid pecking order, and was understood to be very keen on working with Louis van Gaal.

Di Maria played a key role for Los Blancos last season as they lifted the Champions League, while he recorded a division-high 17 assists in La Liga before finishing as a runner-up at the World Cup in Brazil.

The big-money deal takes United’s summer spending to in excess of £130m, meaning they have now spent more than any other club in the world this summer, eclipsing Barcelona’s £120m outlay.

They may not be finished there either, with a shaky and dysfunctional defence likely to be reinforced by the possible arrival of Ajax’s Daley Blind, while Juventus midfielder Arturo Vidal remains a long-term target. 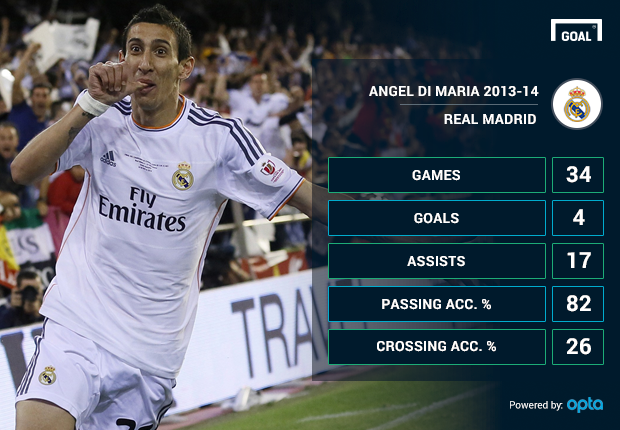