Friday’s Champions League semi-final draw has pitched tournament favourites Bayern Munich against Real Madrid in the penultimate round of the competition.

The Bavarian club have become familiar faces in the latter stages of this competition as they bid to reach their third consecutive final, and will play the second leg of their semi-final at the Allianz Arena after being drawn out second.

The other semi-final will see Jose Mourinho’s Chelsea side pitched against Atletico Madrid, with both sides likely to be pleased that they avoided the two front runners in the market.

Carlo Ancelotti’s Real Madrid side are now outsiders for the Spanish title after recent defeats to Sevilla and Barcelona and the bookmakers expect los Blancos to struggle to make an appearance in European football’s showpiece event in Lisbon on May 24 having been paired with the tournament favourites. Madrid are 5/2 (3.50) to secure the trophy next month.

The two pre-draw outsiders in the competition, according to the bookmakers, both recorded extremely impressive results in the previous round and after being drawn against each other they have both shortened in the betting.

Chelsea, now 4/1 from 5/1 to add to their Champions League title from 2012, overcame a 3-1 deficit against Paris Saint-Germain at Stamford Bridge on Tuesday, qualifying on the away goals rule after a late Demba Ba strike gave the Blues a 2-0 win on the night.

Mourinho’s men are outsiders in the Premier League betting, with both Liverpool and Manchester City ranked ahead of the London club, but Paddy Power make the only remaining English team favourites to beat Atletico Madrid – who sit top of La Liga – over the course of the two legs.

Atletico, who the bookmakers expected to exit the competition in the previous round at the hands of Barcelona, showed exactly why they are legitimate contenders for La Liga this season in Wednesday’s second leg. 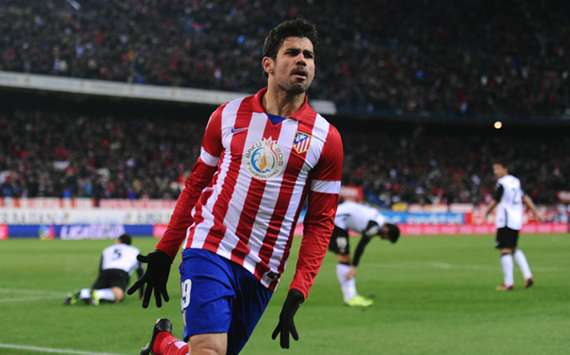 Having scored a vital away goal in the first of their two-legged quarter-final courtesy of a long-range effort from Diego, Atleti were good value for their 1-0 win over the Catalan giants at the Vicente Calderon in Wednesday’s second match.

It wasn’t just the nature of the victory that means Atleti are now taken seriously on the European stage though. The fact that they recorded such a win without their star man Diego Costa – who many predicted would be a key loss for Diego Simeone’s side – demonstrates just how well the 43-year-old Argentine has got his side playing as they look to record a European and domestic double.

The nature of those two performances against Barcelona, as well as their impressive domestic record, may lead some punters to believe that Atleti are well worth supporting to get the better of Chelsea, while the side who were 33/1 (34.0) pre-tournament are now just 9/2 (5.50) to taste victory at Estadio da Luz.