The final weeks of April and the beginning of May see Europe’s top domestic leagues settled. Some title races have been closely fought and decided by the smallest of details; others see one team dominate and run away with it.

But, as we approach another weekend of football from around Europe, several sides are on the brink of glory and can claim their crowns once and for all and Goal is here to give you an update on every run-in in Europe.

One of the most fascinating title races this season is that of the Premier League. The impetus seems to have switched between Arsenal, Chelsea, Manchester City and Liverpool, but Brendan Rodgers’ side can take a huge step towards their first national title since 1990 by beating Jose Mourinho’s men in a crunch clash at Anfield on Sunday.

City, meanwhile, are six points off the pace but have a game in hand over both teams and will be looking to capitalise on any slip up on Merseyside when they travel to in-form Crystal Palace later in the day.

Equally enthralling is the run-in for the Liga crown in Spain. Barcelona and Real Madrid have both looked like favourites at different points this season but Atletico Madrid now lead theim by four points and six points respectively, though los Blancos have played a match less.

Diego Simeone & Co. face a daunting trip to Valencia on Sunday, though, while the Blaugrana travel to Villarreal. Carlo Ancelotti’s troops will seek to avoid a continental hangover at home to Osasuna. 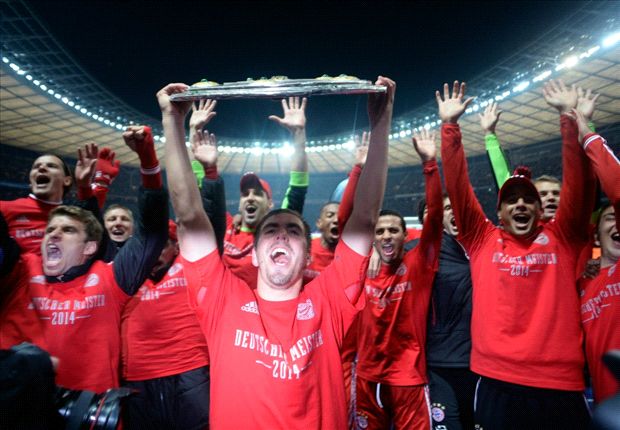 Serie A saw Roma emerge as surprise title contenders this term and Rudi Garcia’s men have prevented Juventus from sealing a third straight Scudetto thanks to their win over AC Milan in the capital on Friday. Antonio Conte’s men face lowly Sassuolo at the Citta del Tricolore on Monday.

In Germany, of course, Bayern have long wrapped up the title and their game at home to Werder Bremen will take a backseat with the midweek visit to Real Madrid in mind.

Paris Saint-Germain can secure their second straight Championnat with victory at Sochaux on Sunday afternoon, or even the previous day if Ajaccio produce a suprise and beat Monaco.

Ajax can put their shock defeat to PEC Zwolle in the KNVB Beker last week by making history this weekend. All Frank de Boer’s men need is a solitary point at Heracles to win the Eredivisie for the fourth straight year for the first time in their history.

In Turkey, Fenerbahce can win their first Super Lig title since 2010-11 with a solitary point against Caykur Rizespor after being made to wait by second-placed Besiktas, who held them to a 1-1 draw in last week’s Istanbul derby.

And finally, Benfica ended their four-year wait for the Primeira Liga crown with their 2-0 win over Olhanense on April 20 and will have their attentions focused only on their Europa League semi-final date with Juventus on Thursday.

Vote for your favourite team and win tickets to the UEFA Europa League final!