While Real Madrid’s very own BBC service (Bale, Benzema and Cristiano) have been broadcasting to wide acclaim this season, netting 83 goals between them so far in all competitions, the players and coaching staff alike know that defensive solidity is the key to progression to the Champions League semi finals.

Indeed, midfielder Luka Modric claimed in his pre-match press conference that it is “crucial” the side do not concede this evening, and one feels that a clean sheet would certainly put Los Blancos in the driving seat ahead of the second-leg.

Before last week’s successsive slip-ups against Barcelona and Sevilla, Madrid had been in fine defensive form, and restored some semblance of normality with another clean sheet in the routine 5-0 win over Rayo Vallecano at the weekend. 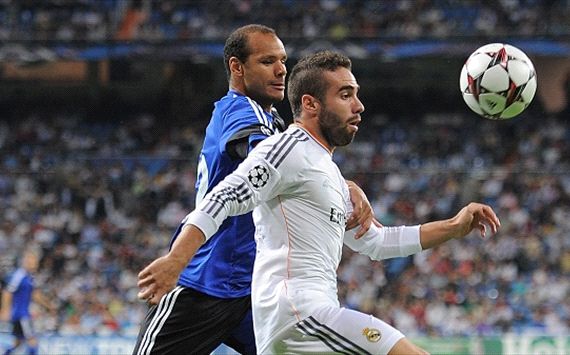 In fact, that was the side’s 15th clean sheet since the turn of the year, and if you take away the two losses last week, Carlo Ancelotti’s men have been conceding precious few goals.

With Dortmund missing their main striker and top scorer in Robert Lewandowski the temptation is to back against Dortmund finding the back of the net, and the price of 11/8 (2.37) for the home side to keep a clean sheet looks tempting, and is slightly bigger than the 23/20 (2.15) for “No” in the both teams to score market.

However, if we are backing Madrid to keep a clean sheet we should also back them to score as they have done in 56 of their last 57 home matches in all competitions.

Therefore taking the odds of 6/4 (2.50) for Los Blancos to be the only team to score looks a wise investment, and one which has already paid out 12 times this season at the Bernabeu.