After last week’s Copa del Rey final defeat, Jose Mourinho insisted his Real Madrid side would give their all in their final two matches of the season to maintain the integrity of La Liga.

Fans of Valencia will certainly be hoping los Blancos put in a shift against Real Sociedad, given that los Che are locked in a tight battle for fourth spot with the side from San Sebastian. 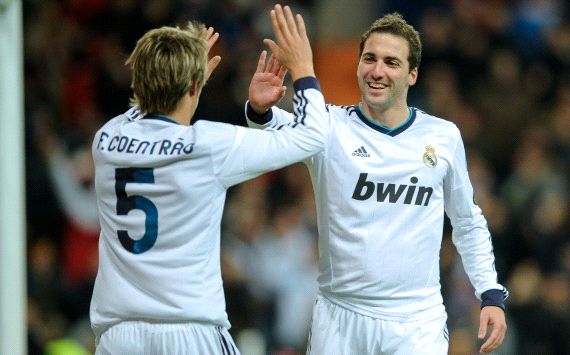 The big news of the week here in Spain has been the confirmation that Mourinho will be leaving Madrid at the end of the season, but his opposite number at Real Sociedad, Philippe Montanier, also confirmed this week he would be leaving the club at the end of the current campaign despite leading them to the cusp of the Champions League.

The Frenchman has got his talented side playing to the maximum of their capabilities and at home they have been extremely entertaining.

Their brilliant scoring record goes some way to explaining the prohibitively small price of 2/5 (1.40) for both teams to score on Sunday.

This bet has paid out in 14 of Madrid’s last 16 matches and really should give punters an excellent chance of making some profit.

For a value bet, back Real Sociedad to score first but fail to win at 2/1 (3.00). Madrid have proven themselves extremely adept at coming back from conceding the opening goal, notching seven wins this season in matches where they have conceded first.

Phil Kitromilides is a football journalist and TV presenter in Madrid. You can also follow Phil on Twitter.