We were treated to a superb climax to the season in the Champions League last weekend. Bayern Munich triumphed at Wembley over German rivals Borussia Dortmund and are on the verge of securing an historic treble this week. Well done to all readers who followed my advice on Bayern Munich at 16/1 (17.0) to win the competition in September.

Jupp Heynckes’ men have already been installed as favourites to retain the Champions League trophy at 4/1 (5.0) . With the arrival of new additions to the squad and Pep Guardiola as coach, the stage is set for the German champions to be a dominating force in Europe over the next few years. 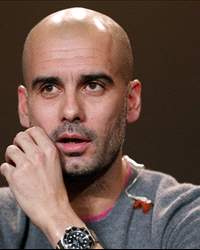 Attention now turns to end-of-season friendlies, but don’t dismiss them entirely. I always say you need a good reason or angle to get involved in friendlies. Sometimes they do provide opportunities for punters and it is naive to dismiss their potential for profit completely.

There are a number of things I look out for in approaching friendlies. Venue is very important. Look out for teams who are travelling huge distances at this time of year to play in a friendly. In particular, European nations travelling to a different continent after a long hard season. They are out of their comfort zone and familiar environment. Many of the players are tired after a draining season and they are vulnerable in these cases. Mass withdrawals, injuries and appetite for the game are other factors to watch out for.

Looking ahead to the weekend, Real Madrid and Barcelona will be keen to end their Liga campaign on a high. They are both around 1/4 (1.25) to see of Osasuna and Malaga respectively. With these prices prohibitively short, we can back them to score in both halves at a combined 7/5 (14/10) .

Zaragoza look very short in the market to overcome Atletico Madrid. They are evens (2.00) to record a much needed win to ensure La Liga survival. However, Diego Simone’s men are anything but accomodating and can be backed at 13/8 (2.63) on a draw no bet basis.