Real Madrid travel to the city of Seville on Saturday night looking to continue their fine domestic form against Real Betis.

Having qualified for the knock-out stages of the Champions League with a game to spare in midweek, los Blancos aim to record their sixth successive La Liga victory against a Real Betis side still reeling from their 5-1 derby thrashing at the hands of their eternal rivals Sevilla last weekend. 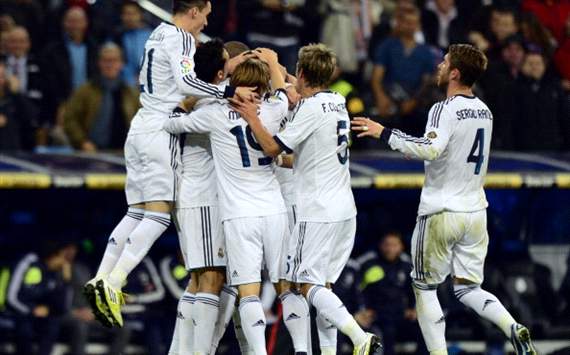 Yet what looks like being the best bet in this game is to back over 3.5 goals to be scored which is offered at what appears to be the unmissable price of 11/10 (2.10).

Madrid have been in fine goalscoring form of late having netting 15 goals in their last four league matches. This bet has paid out in three of those four times, and in 10 games in all competitions this season.

Betis, meanwhile, have been involved in plenty of high-scoring matches this season, with Pepe Mel’s team averaging the fifth highest number of goals in their games in the Spanish top flight. With over 3.5 goals paying out comfortably the last three times these sides have met, it looks to be an extremely solid selection at an exceptionally appealing price.

For a value bet, try backing Betis’ in-form striker Ruben Castro to score at anytime at 12/5 (3.40). The 29-year-old has scored six times already this season including a goal in each of his last three matches and is always an excellent anytime scorer option.

Sign up for up to £250 in free bets and back Phil’s selections for this match
Phil Kitromilides is a sports broadcaster working on radio and TV in London and Madrid. You can also follow Phil on Twitter.