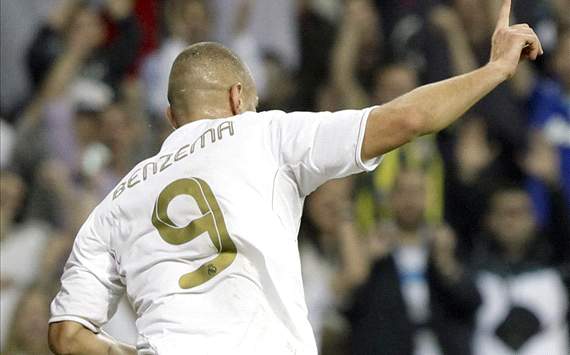 The 12th round of Primera Division matches brought wins for top three Barcelona, Atletico and Real Madrid, while Sevilla thrashed Betis in a one-sided Andalusian derby on Sunday. At the top, however, little has changed with virtually a third of the competition completed.

Following another entertaining weekend of matches in La Liga, Goal.com picks out the prime performers from the 10 games on Saturday, Sunday and Monday.

In goal, we find Malaga’s Willy Caballero, who helped his side to pick up a point at Osasuna – and keep a clean sheet too – with several key interventions, especially towards the end of the match.

In defence, Jordi Alba returns following a fine performance against Zaragoza, as Barca won 3-1. The summer signing showed boundless energy in defence and attack, getting forward to set up a goal for Lionel Messi.

Alexis earns his place following a goal and a solid performance for Getafe in their 2-1 win over Valladolid, while Sevilla’s Federico Fazio completes the back three thanks to his impressive performance in the derby victory over Betis, in which he netted twice.

In midfield, Xavi is included once again after a superb showing for the Blaugrana against Zaragoza, and the Spain star is joined by Jesus Navas and Ivan Rakitic after both shone for Sevilla in their 5-1 success over Betis.

And their team-mate Jose Antonio Reyes also makes this selection after scoring twice in that match, while Lionel Messi is included once more for a tremendous two-goal display on Saturday. Mexican forward Carlos Vela also netted twice as Real Sociedad thrashed Rayo Vallecano 4-0 in the Monday match. The former Arsenal man completes this week’s line-up, along with Madrid’s Karim Benzema, who scored a stunner and was back to his best in the 5-1 win over Athletic Bilbao on Saturday.