Few great football sides are constructed without a midfield of real quality, but Juventus’ fantastic recent form owes much to what is fast developing into one of the modern game’s most dominant units. And if there have ever been any doubts as to whether Antonio Conte’s centrepieces could convert their domestic qualities into Europe, then they were surely dispelled with the destruction of Chelsea in midweek.

That 3-0 Champions League Group E victory provided the perfect snapshot of just how effective the Bianconeri‘s midfield is, with Arturo Vidal, Andrea Pirlo and Claudio Marchisio being flanked by the galloping wide pair of Stephan Lichtsteiner and Kwadwo Asamoah to help Juve force the European champions into submission from the off.

But if the Old Lady’s midfield is to be taken seriously as the very best the world has to offer, then who are their rivals for such a crown? With the help of Goal.com‘s panel of experts, we’ve narrowed the candidates down to six and looked into their differing qualities. 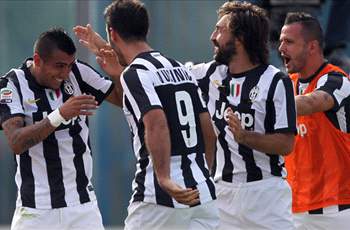 The mechanics of the Bianconeri‘s midfield line are impressive to say the least. Considering the relative deficiencies of the defence and attack at times, Juve’s central trio do a lot of covering both with and without the ball. Vidal is arguably among the best midfielders in the world right now, with his high tackle percentage and driving runs laying the foundation for Pirlo’s wonderful passing game. Marchisio provides an excellent third prong with his well-timed forays into the area, and Lichtsteiner and Asamoah are equally adept at giving the front two great support while also giving great cover to the wider centre-backs when necessary. 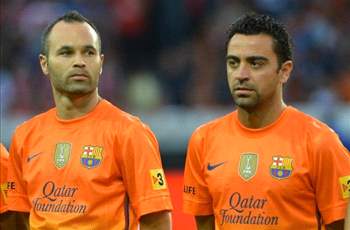 Barcelona’s midfield is surely among the world’s finest. Xavi and Andres Iniesta are widely regarded as the two best playmarkers around, which has been reflected by their placings in recent Ballon d’Or votes, plus the success of Spain at international level. And for club and country they are joined by Sergio Busquets, described by some as the most complete player of his generation. It’s an embarrassment of riches, especially considering Cesc Fabregas is at Camp Nou, too. Under Pep Guardiola and now Tito Vilanova, the Catalans have dominated possession in well over 250 matches, thanks largely to their brilliant ball-playing midfielders – and nobody is likely to end that streak any time soon, either.

Bayern are simply spoilt for choice in midfield. While Bastian Schweinsteiger remains an integral cog, they have the luxury of picking either €17 million Luiz Gustavo or €40m Javi Martinez to partner him, with both fitting in seamlessly. Meanwhile, in front of them, there is Toni Kroos, one of Germany’s finest passes since Matthias Sammer. If one of their first-choice players is injured, it matters little due to the sheer number of options they have. The fluid system between the deeper line of two and the attacking midfield trio works superbly whether Arjen Robben is fit or not, and the Dutchman would arguably struggle to retain a shirt even if he could stay fit for any lengthy period. 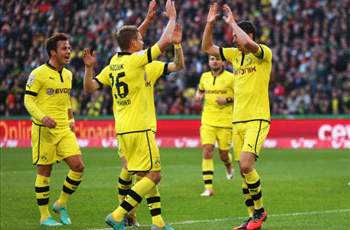 The German champions, meanwhile, also possess a fierce midfield. They replaced Nuri Sahin, the key figure on the 2010-11 title win, with Ilkay Gundogan, a player of a similar ilk, who has fitted in seamlessly. Alongside him is Sven Bender, a tireless player who will be among the Bundesliga’s finest for years to come. Ahead of them is the best of the lot, though. Mario Gotze has shown time and time again that he is one of the finest young players in Europe, and having shaken off his injury problems, is hitting top form once again. He works along with Jakub ‘Kuba’ Blaszczykowski and Marco Reus to present Robert Lewandowski with great service.

Real Madrid’s midfield is divided into two lines. Sami Khedira and Xabi Alonso sit in front of the back four, with the German charged with breaking up play and the Basque in the role of deep-lying playmaker, pinging passes across the pitch for the three more attacking players ahead of him. In Jose Mourinho’s first-choice side, Mesut Ozil and Angel Di Maria are usually chosen along with Cristiano Ronaldo and, in full flow, Madrid’s midfield is a devastating machine on the counter-attack, providing chances for the Portuguese and the central striker, either Gonzalo Higuain or, currently, the in-form Karim Benzema. 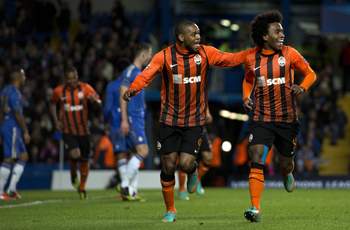 Much of Mircea Lucescu’s success at Shakhtar can be derived from his ability to ally together the two halves of his team. With a largely European defence and South American attack, their midfield is crucial to giving the team balance between stability and openness. In the past few seasons Lucescu has been steadfastly loyal to the 4-2-3-1 system, which invariably pairs the ball-winning Tomas Hubschman – a converted centre-back – with the calm distribution of the Brazilian Fernandinho at the back of the midfield. The pace of inverted wingers Willian, Alex Teixeira and Douglas Costa can cause havoc and also creates space for the full backs to overlap. In the centre, the Armenian Henrikh Mkhitaryan is an adroit presence who knits the side’s attacking play together with the same efficacy of his predecessor Jadson.