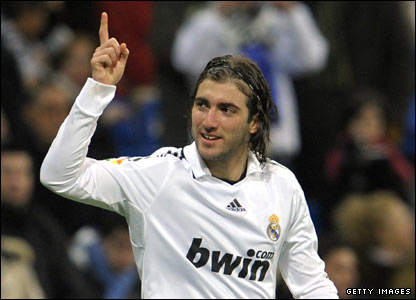 Gonzalo Higuain will be at least three weeks off following confirmation suffering a hamstring injury grade I-II in the left hamstring muscle.

MRI which was submitted on Tuesday confirmed the extent of the injury of Argentine, who will be away from the pitch at least a month.

The ‘Pipita’ discomfort ended with Sunday’s game against Mallorca which marked the first of two goals from his team, and now will miss the upcoming matches against Athletic Bilbao, Malaga and Deportivo and may reappear in February as Espanyol.

Higuain is exercised in the gymnasium Tuesday, apart from the rest of the squad of Real Madrid. Higuain had trained with Xabi Alonso, who left the pitch limping Santiago Bernabeu suffering from a severe blow to the head of the fibula, and Rafael Van der Vaart who will be confirmed after two to three weeks off.